This post was originally written as a lightning talk for SRCCON:Power. And then I looked at the schedule, and realized they weren't hosting lightning talks, but I'd already written it and I like it. So here it is.

I want to talk to you today about election results and power.

In the last ten years, I've helped cover the results for three newsrooms at very different scales: CQ (high-profile subscribers), Seattle Times (local), and NPR (shout out to Miles and Aly). I say this not because I'm trying to show off or claim some kind of authority. I'm saying it because it means I'm culpable. I have sinned, and I will sin again, may God have mercy on my soul.

I used to enjoy elections a lot more. These days, I don't really look forward to them as a journalist. This is partly because the novelty has worn off. It's partly because I am now old, and 3am is way past my bedtime. But it is also in no small part because I'm really uncomfortable with the work itself.

Just before the midterms this year, Tom Scocca wrote a piece about the rise of tautocracy — meaning, rule by mulish adherence to the rules. Government for its own sake, not for a higher purpose. When a judge in Nebraska rules that disenfranchising Native American voters is clearly illegal, but will be permitted under regulations forbidding last-minute election changes — even though the purpose of that regulation is literally to prevent voter disenfranchisement — that's tautocracy. Having an easy election is more important than a fair one.

For those of you who have worked in diversity and inclusion, this may feel a little like the "civility" debate. That's not a coincidence. 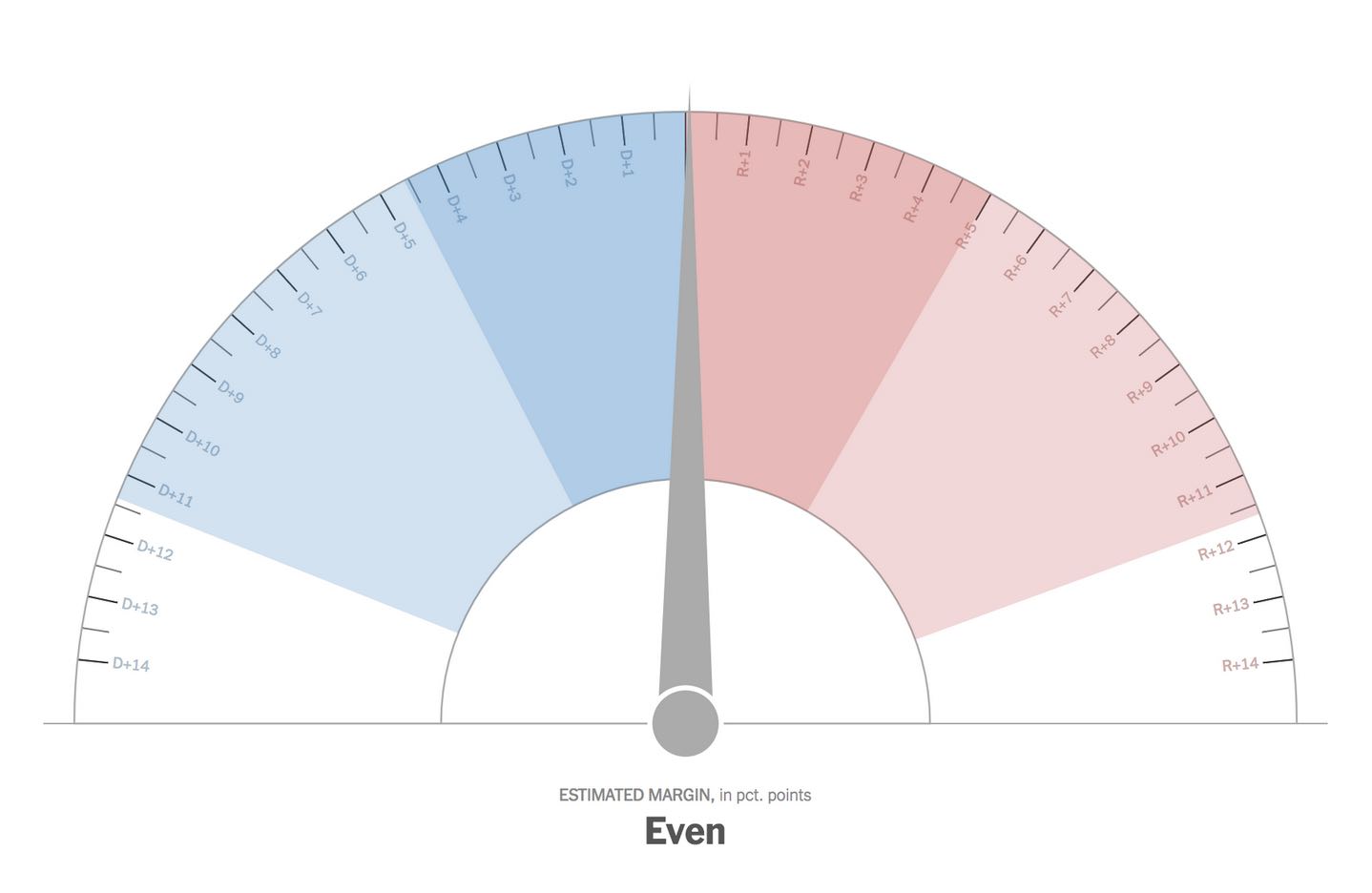 I am concerned that when we cover elections with results pages and breaking alerts, we're more interested in the rules than we are in the intended purpose. It reduces the election to the barest essence — the score, like a football game — divorced from context or meaning. And we spend a tremendous amount of redundant resources across the industry trying to get those scores faster or flashier. We've actually optimized for tautocracy, because that's what we can measure, and you always optimize for your metrics.

But as the old saying goes, elections have consequences. Post-2016, even the most privileged and most jaded of us have to look around at a rising tide of white nationalism and ask, did we do anything to stop this? Worse, did we help? That's an uncomfortable question, particularly for those of us who have long believed (incorrectly, in my opinion) that "we just report the news."

Take another topic, one that you will be able to sell more easily to your mostly white, mostly male senior editors when you get back: Every story you run these days is a climate change story. Immigration, finance, business, politics both internal and domestic, health, weather: climate isn't just going to kill us all, it also affects nearly everything we report on. It's not just for the science stories in the B section anymore. Every beat is now the climate beat. 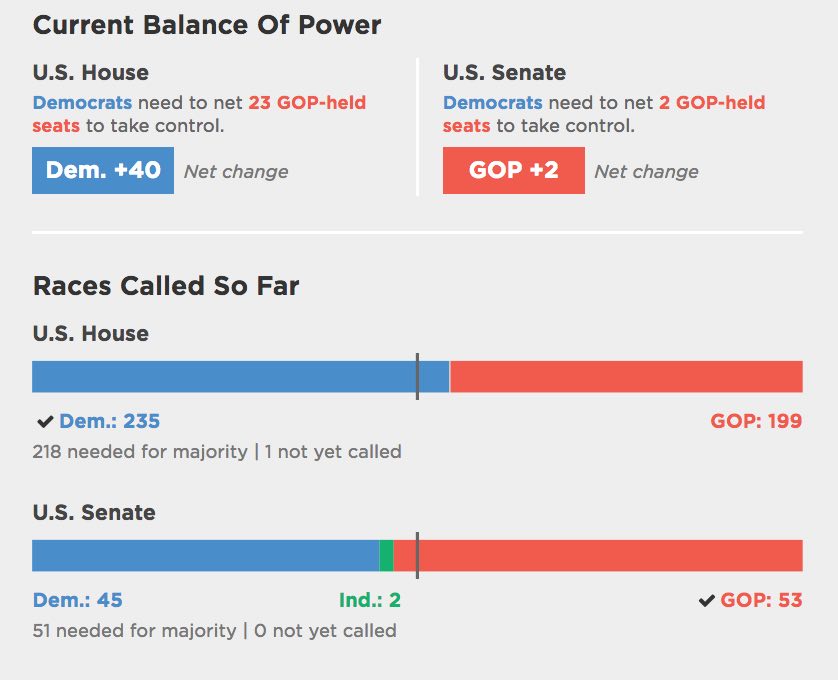 Where was climate in our election dashboard? Did anyone do a "balance of climate?"

How will electoral power be used? And against who?

Isn't that an election result?

What would it look like if we took the tremendous amount of duplicated effort spent on individual results pages, distributed across data teams and lonely coders around the country, and spent it on those kinds of questions instead?

The nice thing about a lightning talk is that I don't have time to give you any answers. Which is good, because I'm not smart enough to have any. All I know is that the way we're doing it isn't good enough. Let's do better.